Our clients know they are getting a personalized service based on our local expertise, industry knowledge and expert team. 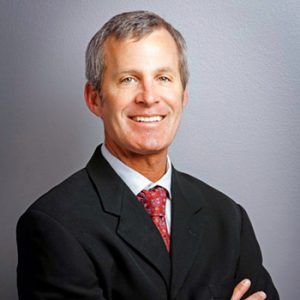 I have been a professional in the real estate and technology industries for a combined 27 years including 11 strong years in hospitality, multifamily, and land brokerage. I have had success through economic cycles in both industries including the late 90’s dot com expansion and implosion as well as the early 2000’s real estate expansion followed by the subsequent debt crisis of the mid-to late 2000’s. With that, I’ve learned many valuable lessons giving me the skill sets, risk assessment and tolerance, patience, and experience to artfully facilitate transactions for my clients across all facets of real estate and economic cycles.

Over the the last several years in commercial real estate I’ve worked as a Vice President and Senior Broker representing clients in the identification, negotiation, and closing of “off-market” hotel (select and full-service) opportunities throughout western and southwestern U.S. with a particular focus on metro and greater Denver areas and mountains towns as well as New Mexico, Arizona, Washington, California, and Texas. I’ve built a strong portfolio in hotel, multifamily, and land investment acquisitions for hotel and apartment developers, owner operators, investors and owners.

Before entering real estate I was a software and hardware sales executive and manager for startups such as Vignette, one of the fastest growing software providers of the late 90’s tech boom as well as with Dell in the early 90’s, one of the largest and fastest growth companies in the history of the technology industry. In addition, throughout the early to mid 2000’s I worked for larger tech firms such as Siemens and PTC before making a permanent career move into commercial real estate in the mid to late 2000’s, where my passion lies.

On a personal note I moved to Denver six years ago with my wife and two girls (now 12 and 14-years old) from Austin. We love Denver and Colorado for the people, mountains, outdoors, sports, and music festivals, much like Austin in some respects but a much better climate and landscape. Collectively as a family we enjoy skiing/snowboarding, camping, soccer, acting, yoga, running cross-country and marathons.